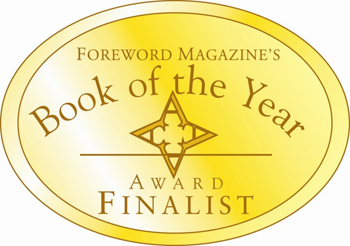 BriefingWire.com, 3/13/2014 – TRAVERSE CITY, MI – Cole Alpaugh’s third novel, The Spy’s Little Zonbi, has been selected as a finalist for the ForeWord Reviews Magazine 2013 Book of the Year Awards in the general fiction category.

Alpaugh’s latest novel is about a young man recruited as a secret agent, where terminating dictators and jihadists is all in a day’s work. He marries a dark beauty and they have a child, his Little Zonbi, who means everything to him. Now that his priorities have shifted, Chase strives for normalcy. But it isn’t easy for a spy to escape his past.

“We feel tremendously lucky to have signed Cole Alpaugh as an author when he was just getting started,” said Catherine Treadgold, Publisher of Coffeetown Press and Camel Press. “They say ‘Write what you know’ or risk sounding inauthentic, but Cole writes about all sorts of crazy stuff and makes it work. He manages to make a circus bear, a shark god, and a crazy dictator seem like beings we’d like to sit down and have coffee with. His novels have just the right mix of pathos and humor, reality and absurdity. I can’t wait to see what he’ll come up with next.”

“Zonbi was a fun book to pull together,” said Alpaugh, who lives in Northeast Pennsylvania with his wife and daughter. “I’m lucky to have an editor who has believed in my stories and made such a commitment. I tend to stretch the boundaries here and there.”

Alpaugh’s next novel is scheduled for release by Seattle’s Coffeetown Press in April 2015.

ForeWord Reviews is distributed quarterly to 7500 librarians and booksellers and is also available at most Barnes & Noble newsstands and by subscription. Its annual book-of-the-year competition offers 180 awards in 60 different genres, along with $1500 prizes to the best fiction and nonfiction titles. In the next two months, a panel of over 100 librarians and booksellers will determine the winners of these prestigious awards. A celebration of the winners will take place during the American Library Association Annual Conference in Las Vegas on Friday, June 27 at 6 p.m.